WorkBeads™ 40 TREN resin for multimodal Ion Exchange Chromatography (IEX) has a ligand that is positively charged below approx. pH 9. The resin can be used for several different applications, in particular due to its higher salt tolerant properties, e.g. for multimodal IEX, for sample clean-up in monoclonal antibody (mAb) purification processes in order to guard the Protein A column from chromatins and other host cell impurities, or as a polishing step in the mAb purification process.

WorkBeads 40 TREN resin contains ligands based on Tris(2-aminoethyl)amine (TAEA). The structure of the ligand used in WorkBeads 40 TREN is shown in Figure 1, see below. WorkBeads 40 TREN resin can be used for the separation of biomolecules exploiting surface charge to purify proteins, peptides and oligonucleotides. It can also be used in flow through mode to adsorb impurities while letting the target pass through the column (negative chromatography mode).

WorkBeads 40 TREN has been demonstrated to be effective in removal of impurities such as chromatin complexes (nucleic acid-protein complexes), endotoxins and host cell proteins. The white paper "Improving your mAb purification" (click on link to document on this page) describes in detail how we introduced WorkBeads 40 TREN upstream of WorkBeads affimAb and used it in flow through mode to adsorb undesirable impurities while letting mAb pass through the column without binding. 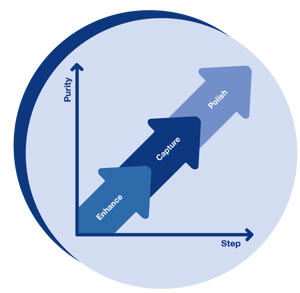 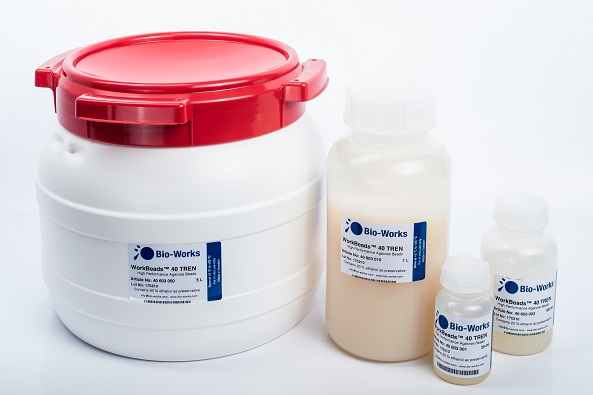 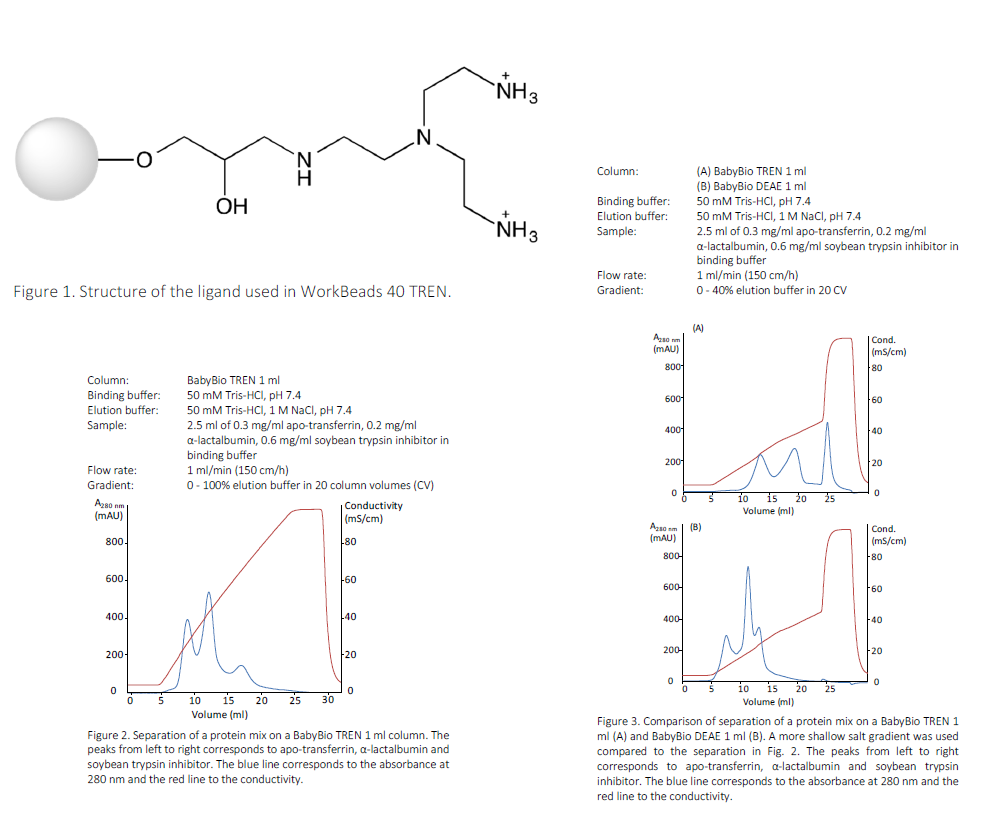